Dr. Uptergrove grew up in Colorado City. She attended Western Texas College in Synder for two years, then went on to Angelo State University were she received her BS in Animal Science. Dr. Jodie then attended Veterinary School at Texas A&M University. She received her DVM in May of 2002 and began practicing at a mixed practice in Abilene. After two years in Abilene she and her family moved to Christoval where she practiced in San Angelo for two years at Arden Road Animal Clinic. When her daughter began kindergarten in Christoval, she decided to open her own clinic in the community and has felt tremendously blessed and thankful for the support and clientele she has received since opening the clinic doors in August of 2006.

Dr. Jodie and her husband Shawn have two children, Kenzie and Kolsen. 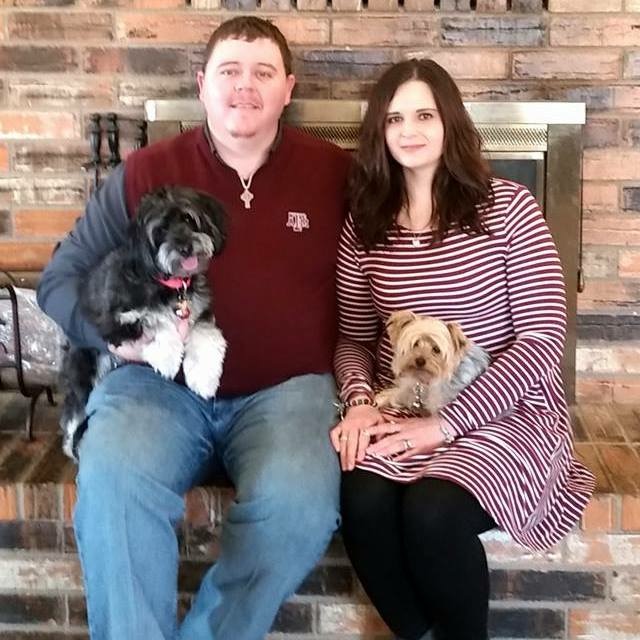 Veterinary Technician Jacalyn Baxter grew up in Lowake, Texas on her parent’s farm. She attended Ballinger High School and during that time worked at the local veterinary clinic until she graduated in 2010. In the fall of 2010, she began veterinary technician school at Midland College. She graduated with honors in 2012 with her Applied Science in Veterinary Technology degree. She moved back to San Angelo, Texas and began working at ROVC in the summer of 2012.

Jody and the girls have always takin great care of my boys. They love going to see Dr. Jody and I wouldnt trust them with anyone else. Worth the drive from town

I love the care my babies have received from jodi and the others that work there..we have horses and dogs ,donkeys goats and anything else we have taken always great service..Started going to her when she first opened..Great place to take your babies..

I had to make the heartbreaking decision to let my best friend of almost 11 years cross the rainbow bridge. I can’t begin to express how thankful I am for the wonderful care the Doctor gave to my girl. I will forever be grateful.

We will do our best to accommodate your busy schedule. Please schedule an appointment today! Request Appointment